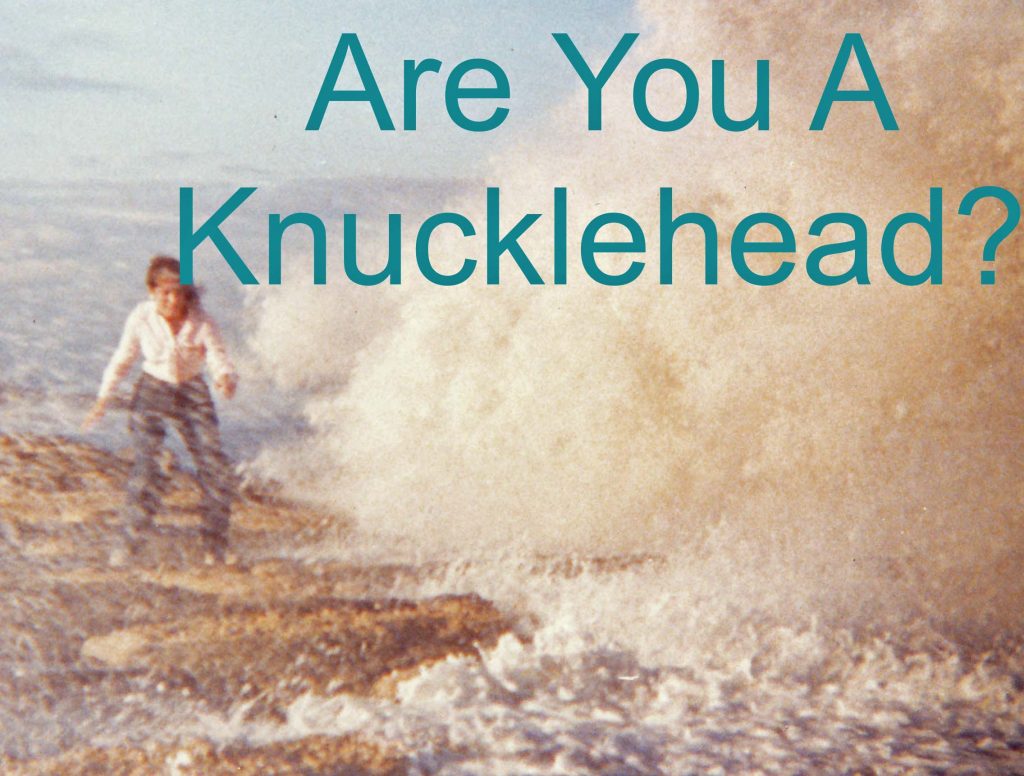 Sometimes we do stupid stuff in life. We make bad decisions on the spur of the moment. Sometimes we live to tell about it.

This week’s life story prompt asks you to think about the embarrassing family stories that you may not want to tell, but that influenced other stories you’ll tell. Is there something you regret? Some advice you’d like to pass along. How did that event change you?

By way of example, this image is of a 22-year-old me standing on the sea wall in Monmouth Beach, New Jersey just as the Hurricane Gloria began hitting the coastline, forcing 95,000 people to evacuate. I was a newlywed and about to drive to a family wedding in Virginia. (Yes, I drove through the storm in a tiny car. That was my second bad decision of the day.)

We were young and thought we were invincible. We stupidly believed bad things happened to other people who couldn’t get out of the way in time. Excited by the high waves we stopped the car and climbed the sea wall to take a closer look. We wanted to be cool. Tons of people were making their way to the beach. Just as my husband was pointing the camera a mammoth wave devoured me and nearly took me out to sea.

Mother Nature is a fickle beast I can not beat. I arrived in Virginia nine hours later, still wet with scraped knees and hands.

That was one of the first times I yelled at myself for getting talked into doing stupid shit. For being a joiner and risking my life to look cool. I still feel myself grasping onto rock edges on the wall, as the pull of water and wind tried to yank me out to sea. That sudden rush of fear and regret has not diminished 36 years later.

I’m quite proud of the fact that in the ensuing years I became viewed as a designated adult, a responsible planner, someone who keeps a First Aid kit in the car and emergency prep kits around for moments when Mother Nature is in a bad mood. Because when she is, I will not be climbing any walls by staying home

(If you’re struggling with organization and memory (recalling all the details) with your family stories, Documented Legacy can develop a custom set of questions for you, based on your history. It’s simple; we’re your assistant in the background. Contact us for more information.) 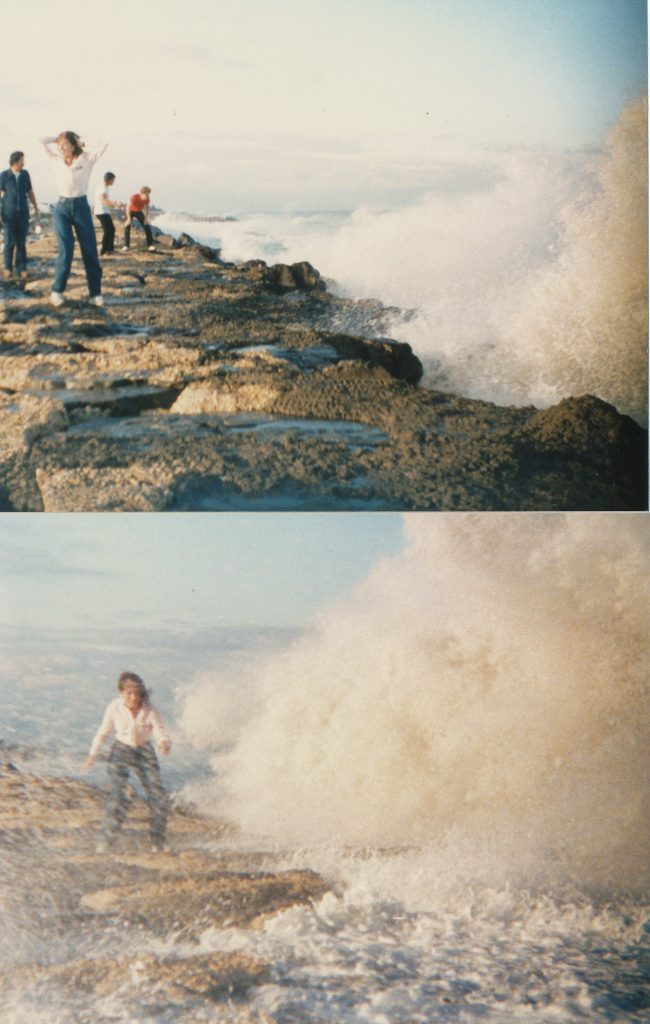