The Legacy of a Great Chef Met Once 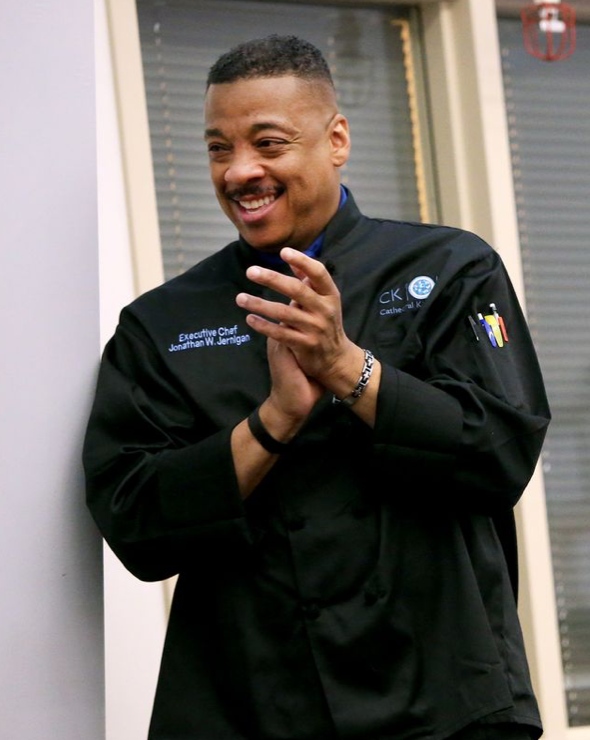 What does it mean to document your legacy?

I get asked that question a lot. What does it look like? Is it something big or small. Is it written, recorded or published?

When the example you set in your life has a positive influence on your family, the community and, thus, the world you build a legacy.  Long after you’re gone it lives in the eyes and hearts of others, who set their own examples.

Here is a story of a beloved local man whose work in southern New Jersey had a profound impact on thousands of people for decades.

Several years ago my son participated in a youth group summer program at our church where he volunteered at a different community organizations each day. One day the group cleaned school classrooms in an inner city. Another day they stuffed backpacks with school supplies. They got dirty and fell in love with horses while refurbishing a non-profit equestrian camp. The last day they spent making lunch boxes with meat sandwiches to distribute at a local soup kitchen. Then they took a tour.

That’s when we met Executive Chef Jonathan Jernigan at Cathedral Kitchen in Camden, New Jersey. He was towering man with a booming voice and a giant smile. He could stop traffic with his body language. His heart, however, was larger than life. One felt it the moment you met him.

He poured love onto people.

For 12 years from 2008 to 2020, Chef Jonathan served the homeless and underserved communities around Camden New Jersey, cooking weekday meals, Saturday night dinners and orchestrating community outreach programs. He was a key figure in developing the organization’s culinary arts program that graduated more than 400 students in 23 classes, mentoring them into careers.

Before walking through the kitchen, Chef Jonathan explained to the students that he worked in fancy restaurants and enjoyed a varied career. He knew the taste of fine wine and savory food. His life gave him multiple levels of nourishment. When he had the opportunity to develop the emergency meals program at Cathedral Kitchen to feed people within the community, he knew he had an opportunity to do something bigger than himself. He joined CK in 2008 just as the main facility and dining room on Federal Street were being completed.

There he would thrive and helped others to do the same.

He would feed people and show them love. He would give them the respect they deserve and preserve their dignity. He would quiet tempers and still love them with a little something to eat. He would advise them on ways to help themselves or just be a good listener in the moment. He taught and mentored. Seeing others thrive through CK’s expanded community-based programs gave him joy.

He poured his heart and soul into the program at Cathedral Kitchen. Today there are hundreds – probably thousands – of people who credit the success of their lives with the help they received from him. Chef would be the first to say, “not me. It was all your hard work.”

Each week night some 450 people come into the Cathedral Kitchen for a hot meal. Many times it’s their only meal of the day. Sometimes on Friday there is a table in the back lined with extra produce or lunch bags (ones like the students made in summer camp) for people to take with them. Chef Jonathan explained to the teenagers that oftentimes that’s the only food they eat all weekend, until he sees them again on Monday.

It’s pretty hard to silence a room full of teenagers. He simply asked them: “Imagine if you had no food. None. Nothing to nourish yourself. Not one thing to sustain your body. And no where to go.”

“I’m here, because this is about leaving a legacy. I want to do something more than say I worked in a five-star restaurant or I earned this much money. I love walking down the street in Camden and having people shout ‘Chef, What are you cooking today?’ ”

He talked about the value of doing the work he does. Giving people a sense of dignity. Lifting them up in the moment with a decent meal. Helping families come together over dinner. Assisting the lonely to not be alone at least one meal of the day. Teaching culinary students the industry

Chef Jonathan helped these students understand what it means to put our Catholic teachings of the Works of Mercy, into action: Feed the hungry, Give drink to the thirsty, Cloth the Naked, Shelter the Homeless, Visit the Sick, Visit the Imprisoned and Bury the Dead.

As a group we only met Chef Jonathan once. Hopefully, the students never forget his words. In our family, however, we’ve talked about him regularly like he is family: “Let’s cook something and share it. Let’s take care of people.” Most of our charitable efforts begin with one of us saying, “Remember Chef Jonathan?”

Sadly, Chef Jonathan passed away over July 4 weekend. He was 56. Last year he stepped away from the Cathedral Kitchen during the pandemic and was developing several new projects. It’s a shock that’s still settling in through the community. I yearn for the missed opportunities to have my son volunteer at the Cathedral Kitchen with him and the Boy Scout projects he talked about trying to develop. All that can still be done in his memory, but we missed knowing him more. Secretly, I hope he’s recorded a few stories about what it means to leave a legacy. Or a stack of his favorite recipe cards. Or a hidden cookbook. At the very least I hope there is an oral history project done with people who’ve passed through the doors to the Cathedral Kitchen, those who really knew him and could project his legacy.

Until then, my family and I will preserve the legacy he taught us one afternoon. He reminded us to constantly ask ourselves what we are doing to serve others.

Show love. Preserve dignity. Serve respect. Come together. Nourish each other. Fill people up. Help one another. Be patient and forgive. Send leftovers home.

Your legacy is what you do. How you preserve it for others to follow by recording something in print or electronic form is your choice.

For questions on how to begin a project in your family, contact us for a few ideas.  Check out examples on our Gallery page.