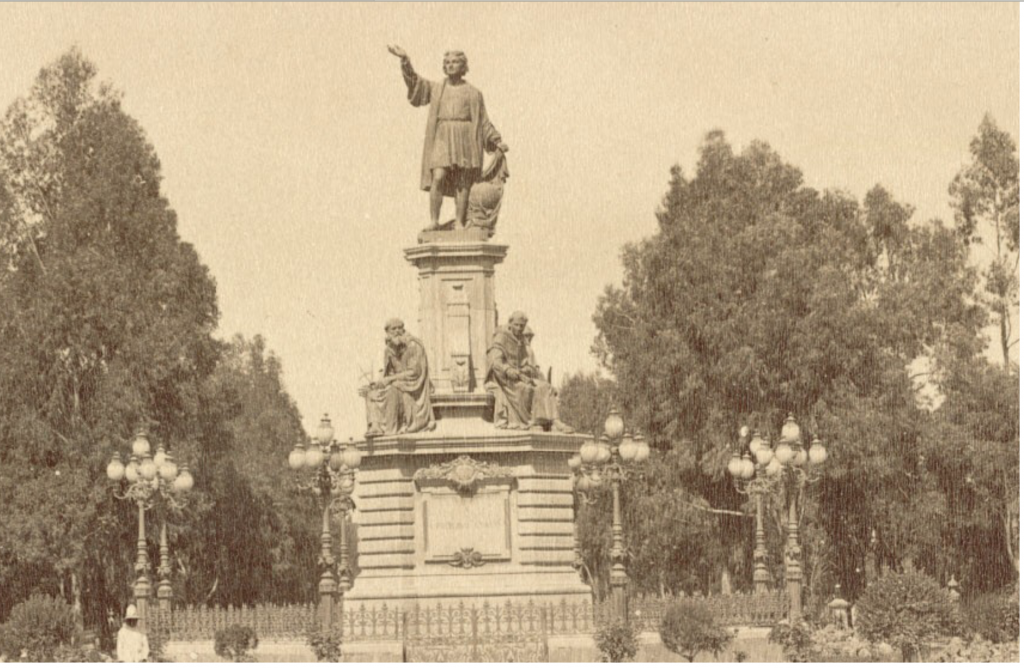 I understand the pent-up anger that spews in protesting. It’s the frustration boiling over after years of being silenced or misunderstood. It’s part of the grief process. Protests, however, bring out another side of people, those looking to incite trouble, hurt things or steal. I will never understand the nonsense of vandalism that motivates people to destroy public statues and works of art. Stop it!

Beheading statues of Christopher Columbus, other slave traders, genocidal explorers and Confederates or even suggesting  it will do nothing to eradicate racism in American. Nor will it do a single thing to preserve the memory of George Floyd or the dozens of other black men and women, who have lost their life at the hands of law enforcement. It destroys our cities and causes public money to be spent on repairs that will be taken from the budgets of other public services. How are we lifting people up if we’re damaging public property and burning down storefronts? How are we learning if we’re taking away images of our history? Vandalism only inspires other vandalism. It doesn’t teach the way art does.

By way of background, I’ve spent the last thirty years researching the art history of my great grandfather, who was an Italian American sculptor. I’ve inherited the work my mother and grandmother did to keep his legacy alive. He came to this country on a commission to do a bust of President McKinley. Prior to his arrival he had already been commissioned to do statues of Presidents Abraham Lincoln and Grover Cleveland. My great grandfather believed in a democracy and loved America. Yet, he understood that even slave traders, explorers, and Confederates were a part of our collective American history. Truth be told, I was uncomfortable when I learned that he designed and sculpted a statue of a Confederate soldier for the state of Ohio. He also sculpted several statues of historic figures, who may have been slave owners. That doesn’t make him a racist. Neither does it make me one for trying to understand that part of our American history while I’m learning more about the work he did.

Taking it away or hiding the sins of our past does nothing to make it go away. You can’t throw history in the river. You can, however, make it more difficult for others to learn. Sometimes the history lesson begins with the statue.

In my case, I’ve traveled to numerous states, small towns and cemeteries  researching statuary my great grandfather sculpted. You can’t find everything you want to learn in a Google search. I spent time in those locations trying to understand the passion behind its history that caused people to donate money to erect a statue or create public art. Even if I didn’t agree with it, I learned. On every trip I go I meet other people, who are traveling to learn. Public works of art – yes, even statues of Columbus – inspire people to learn more about our history.

My great grandfather competed for a statue that sits in Gettysburg National Park. Are those 900 national monuments now a target? Are people going to tear them down without understanding the people and history they represent? I hope not.

People may not agree with my position, but I say this. Everywhere I’ve traveled there’s always something else to learn. There are other monuments nearby where I’ve learned of historic events, inventors, Tuskegee airmen, civil rights movements, and other faiths I don’t practice. Every statue has a local history and a backstory. Some are the only symbols of family history for generations of local residents. It’s not necessarily one that supports racism in our current conversations, but rather illustrates how people lived.

Again, sometimes the history lesson starts with the statue.

I know this from years of researching one Italian sculptor, who died at the beginning of the 1918 flu pandemic. Bits and pieces of his American history are carved into his statuary, preserved in accompanying bronze markers or foundations, written about in defunct local newspapers, and kept in careful government archives or libraries that don’t have everything digitized or online.

Don’t incite the vandalism, people. You’ll take away the opportunity for conversations about what was right and wrong with our American past.