I Found Uncle Ben at the Battle of Little Big Horn 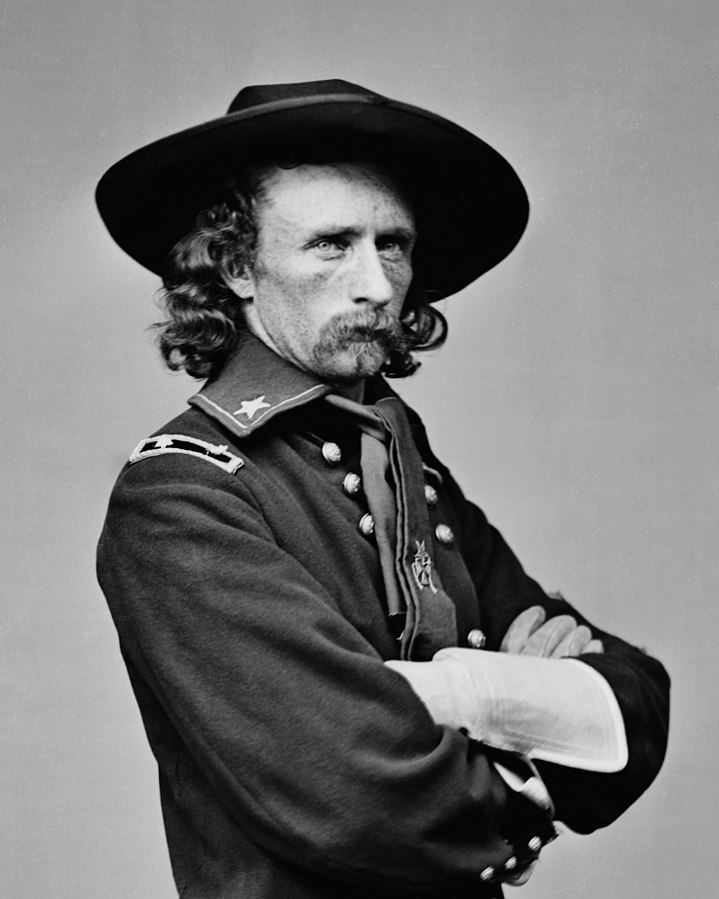 On the morning of June 26, 1876, the 7th Cavalry Regiment of the United States Army under the command of Lieutenant Colonel George Armstrong Custer rode towards what would be known as Custer’s Last Stand and the worse defeat by Federal troops in the Great Sioux War of 1876. Among the 700 calvary soldiers at the Battle of Little Big Horn in Montana was my great grandmother’s Uncle Ben.

Uncle Ben’s trunk sat in the corner of our garage for as long as I could remember.  From the middle of the 1960’s until my parents moved to their new home in 1999 it held nothing but old towels and other assorted household stuff that was deemed as something that might be useful and should be saved but never was used. Every once in a while my Dad would tell me that the trunk was Uncle Ben’s and that he had been with Custer at Little Big Horn. So who was Uncle Ben and why was his chest in our garage?  And hadn’t all of the calvary soldiers been killed with Custer?

A few years ago my Dad told me that Uncle Ben was with Major Reno at Little Big Horn.  Who was he? My entire knowledge of the battle was based on what I had seen on TV or in movies. With the exception of the Indians being mentioned in the Pilgrim story and sharing co-billing in The French and Indian War, Native Americans were almost never mentioned in history classes when I was a student.

When my parents downsized from their home where they had lived for four decades, Uncle Ben’s trunk went with them and into their new garage. One day a few months after they had moved in my Dad told me he had taken the trunk to a near-by antique dealer to try and sell it. My Dad told the dealer the story of how it his Granny’s Uncle Ben’s trunk and how he and it had been at Little Big Horn. There wasn’t any documentation to certify that the trunk had been at the battle or that it was even owned by a veteran of the United States Calvary. The dealer led my Dad to a backroom where numerous old trunks were stacked.  He offered my Dad $35 for it which he accepted probably because he didn’t want to haul it back home. It was big, bulky and heavy even without anything in it.

A little less than a year after my father passed away, I decided to use my wife’s Ancestry account and start a family tree.  A few days into it I started to think about Uncle Ben and was that story about Little Big Horn really true? And who was Uncle Ben?  I never really thought to ask more about him.

My grandmother’s nephew had done some extensive work on her side of the family back in the 1960s and there was a copy of a family tree in my Dad’s files. Looking at it I realized Uncle Ben was my great grandmother’s uncle Benjamin Johnson Haverstick. He was the only Ben in the tree who had lived during that time period.

I started searching on Ancestry and discovered that he was born and lived in Lancaster, PA. He joined the Union Army on July 11, 1864 and served in the infantry in Company E in the 197th Pennsylvania during the Civil War. He came back to Lancaster County after the war and worked for a while as a benchmaker. In 1870 at the age of 25, he enlisted in the United States Army and was assigned to the 7th Calvary. This regiment was based at Fort Riley in Kansas and was involved in some of the major battles of the American Indian Wars from after the Civil War through the Battle of Little Big Horn.

After some searching on the internet for Benjamin Haverstick and Little Big Horn I was getting no results and was about to give up until I found a website that listed the roster of participants who fought during the battle. He was listed there under an alias of Benjamin Johnson serving as a private in Company G under the command of Major Marcus Reno. All of the pieces were starting to come together now. The story was true.  Why was his last name Johnson and not Haverstick? I’m not sure and he wasn’t the only solider on the roster under an alias.

All of this led to further research and reading a biography of Custer and a book on the Battle of Little Big Horn. Contrary to what I thought not all of the soldiers were killed.  The total U.S. casualty count included 268 dead out of the 700 Federal Troops. Custer had divided his 12 companies into three battalions prior to the battle and Company G was one of three companies led by Major Reno.

Major Reno’s Companies A, G and M were ordered to split off from Custer and they crossed the Little Big Horn River in the afternoon. Given the orders to be the first to attack, Reno was provided with inaccurate information about the size of the Indian village and number of warriors. A thick forest of trees blocked the view of the village until they had passed the trees and the troops were suddenly within shooting range of the village. Suspecting a trap, Reno ordered his troops to dismount and the battle began. More Indian warriors began gathering and attacked the troops forcing them to withdrawal into the woods along the river.

As the fighting continued it was clear that the troops had to escape. It was a mad scramble to try and dash out of the woods and swim across the river while being attacked by arrows and rifle fire from Cheyenne warriors.

The retreat was immediately disrupted by Cheyenne attacks at close quarters. Later, Reno reported that three officers and 29 troopers had been killed during the retreat and subsequent crossing of the river. Another officer and 13-18 men were missing. Most of these missing men were left behind in the timber, although many eventually rejoined the detachment.

It was a big surprise as I was reading “The Last Stand” an account of the Battle of Little Big Horn by Nathaniel Philbrick to find a mention of Uncle Ben. “Private Henry Petring recounts Private Benjamin Johnson approaching him as he hid in the shallows of the river and tells him he is back in the timber with 13 other members of the 7th Calvary.”

Out of Company G’s 40 men, only 11 survived the battle in the woods and river. Fortunately, Uncle Ben was one of them. It was later in the day when they discovered that Custer and his troops had been wiped out. Only days away from the Centennial Celebration on July 4, 1876, the nation was stunned by the news of the major victory for the Northern Cheyenne, Arapaho and Lakota tribes. Custer, two of his brothers, a nephew and a brother-in-law were all killed in the battle. Five of the 7th Cavalry’s twelve companies were wiped out.

After Little Big Horn, I know Uncle Ben is listed in the 1880 Federal Census as serving at Fort Meade, Lawrence, Dakota Territory. Fort Meade was established in 1878 to protect the new settlements in the northern Black Hills such as Deadwood that sprung up after gold was discovered there.

A small story in The Inquirer published on August 15, 1905 announced his return to Lancaster after serving 30 years in the Army as one of “Custer’s survivors.” He was still a bachelor and ended up moving in with his sister and niece in their rowhome in the center of town and lived there until he passed away in 1922.

His niece Ida never married or had children so I assume that after her death, her belongings and Uncle Ben’s trunk went to my great grandmother, who was then living with my Dad’s family in Philadelphia. My Dad took the trunk from his mother’s home after he and my Mom bought our home in Pennsauken.

Hopefully I will find some more information as I continue to search archives to fill in the rest of Ben’s Army career. There are no family records or letters that explain why Ben had joined the army and I haven’t found any stories in Lancaster newspapers where he told what happened at Little Big Horn. I only wish I had been more curious about Uncle Ben and his trunk while my father was alive to learn those details and stories that now seem to be lost.

Richard Van Osten has been researching his family’s genealogy for several years, tracing his  roots back to the American Revolution.