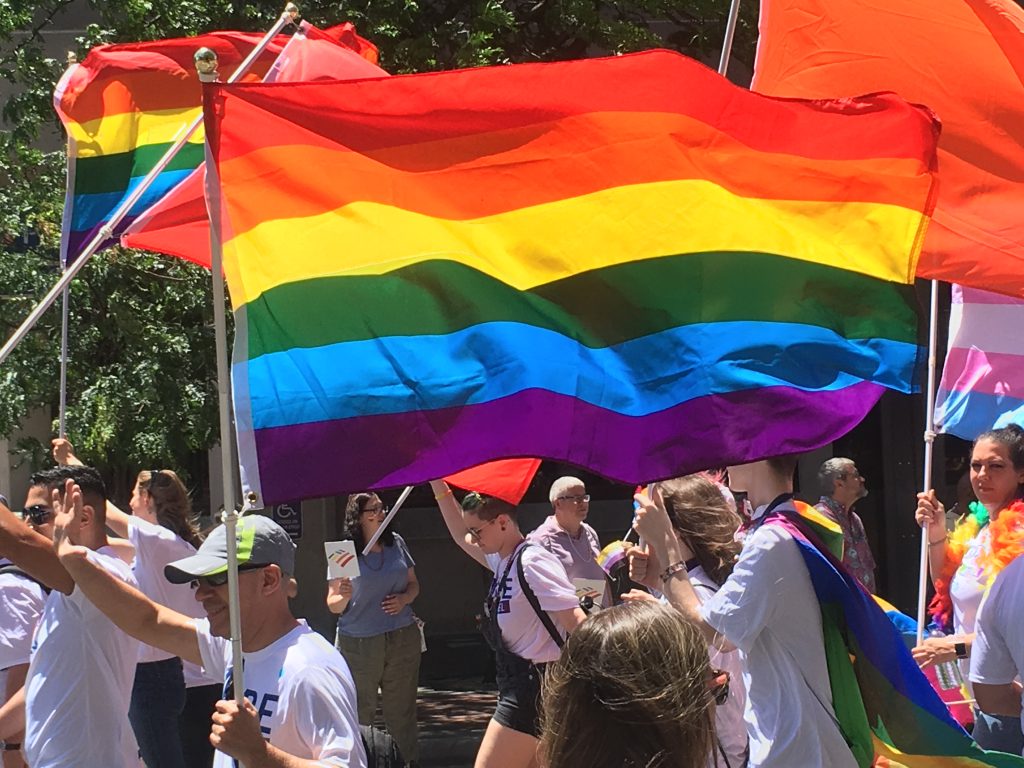 There is a story in every photograph.

What’s happening in the image?  Why was it taken? How does it make you feel? Why did you save this photograph?

The questions prompts are endless. If you take photographs like I do, there are thousands on your phone. Stories wait to fully come to life and be themselves in the written or spoken word.

Last weekend I attended the Philadelphia Writers Conference, the longest running writers conference in the country at 71 years. Headquartered in the historic district, it was a three-day immersion in writing craft, everything from fiction, memoir, screen writing, essays, and poetry, to notes of ourselves.

In Philadelphia, there are large-scale events happening every weekend. Last weekend was the 50th Annual Philly Pride Parade and Festival, which wound its way from 13th and Locust streets in the Gayborhood down Market Street to the Great Plaza at Penns Landing. During my lunch break from the conference I raced to the end of the block from my hotel to catch the parade.

There I stood alone, a writer and a mom of two bisexual children, at my first Pride parade. For the life of me I don’t know what took me so long, but I’m still figuring out how to be the best mother I can be. The Mummers were coming down the street with all their sparkly flamboyance and joy. The crowd imploded in a deafening roar that probably rattled the Liberty Bell. Before I knew it I was dancing and taking photos.

Lunch could wait or not happen at all.

This was people watching at its finest. The crowd breathed in cross current and omni-directional movement. Everyone seemed to flow.  A large bridal party tried to cross Market Street in front of the parade to get down Fourth Street for photographs and people erupted in applause.

I love how everyone along a parade route is included in the energy of the moment. Let me say that again for people in the back: at a Pride Parade everyone IS included!

As I stood there with 50,000 of my new friends I haven’t met yet, I thought of all their stories. People in the LBGTQ community have fought so long for inclusion, acceptance, equal rights and pay, and love. It’s inconceivable to me that this parade is celebrating its 50th year and in some ways the community is still fighting the same fight.

But that was me, someone who has never been in that fight. Maybe the beautiful Sunday sunshine was finally casting light on my straight privilege, but I was feeling a little sick inside, wondering if or how I’ve misjudged anyone in the past. Do I really hear them?

Who shows them love for who they are today? Who listens to them? Who do they call when something cool happens in their life? Are they free to be themselves? After the parade, how do they continue creating this level of joy in themselves tomorrow? Every face in my photos tells a life story. The mom in me suddenly became overprotective.

Love in volume is impactful. That’s exactly how I felt standing there. I felt included and welcomed.

If I told people there my story and how I struggled a bit when my teenage daughter first told me she was gay, because I really didn’t know how to react or what that meant or how I should behave or how being supportive of her may change, if at all, would I still be accepted by the crowd. Would they understand how much has changed in me in the last 14 years to the point where I didn’t blink an eye when my then 12-year-old son told me he knew without question that he was bisexual. Instead I turned around slowly, staring into his innocent blue eyes welling up with tears waiting for a reaction that would either be comforting or hurtful, and told him how proud I was of his strength and bravery.

I kept a series of cell phone images to remind me that like parade participants we are all flowing in different directions and have a right to be equally included in life, even from the sidelines of a gigantic parade. I walked back to my conference, happily imaging  the stories I would be telling by next year’s festival. 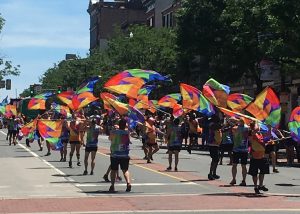 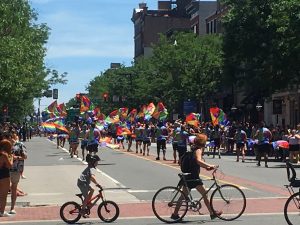